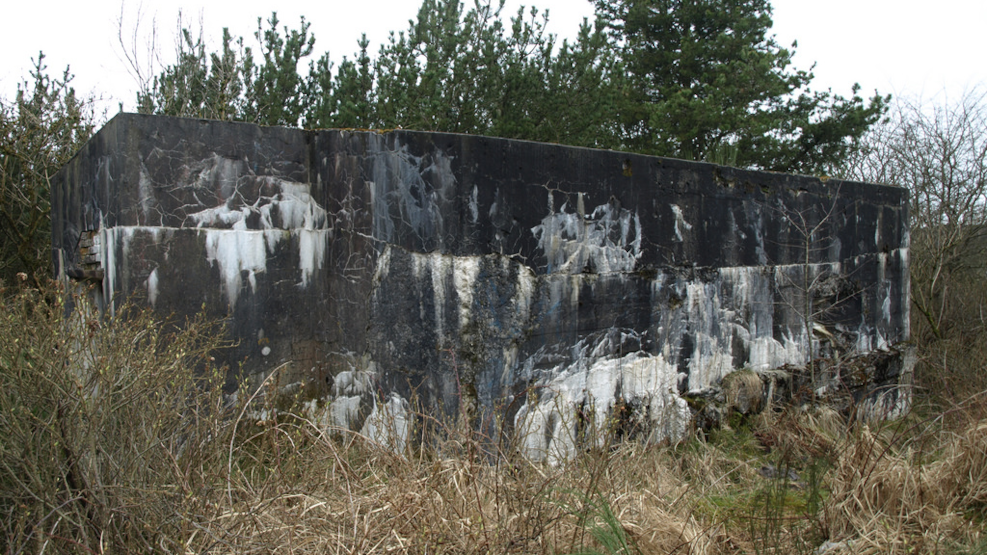 Close to the river Gudenå and Salten Langsø (lake) lie the remains of what used to be Gl. Rye Airfield. Today the airfield is abandoned but has an interesting history that traces back to WW2 and the German occupation of Denmark. Today, there is much visual proof of the events that occurred during the war and in the post-war era around the airfield.

From private airport to Luftwaffe airstrip and fugitive camp

Gl. Rye Airfield was built as a private airfield in 1935 but quickly went on to become a base for Det Danske Luftfartselskab (The Danish Aviation Company). This ended abruptly when Denmark was occupied by German forces on April 9, 1940. That same day, the airfield was conquered by armed forces who met no resistance.

In the coming years the area was occupied by German forces. It served as the base for the German attacks on Norway in the early period of the war. As time went on, the strategic importance of Gl. Rye Airfield decreased for the occupying power. Towards the end of the war some of the many east German refugees who fled from the onrushing Soviet army and wandered towards Denmark were accommodated in barracks at the airfield. By the end of the war, there were 238.000 German refugees in Denmark, and the Danish government decided to divide them between a few large camps around the country. On of these was Gl. Rye Airfield that ended up being a temporary home for 14.800 refugees at the most.

The refugee camp closed in 1948, and since then the area has been abandoned. The runway is now covered by grass while the rest of the area is covered by heather, trees and bushes. In the area there are many bunkers, baraks, and remains and foundations from the hangar, infirmary, gun positions et cetera.

Feel the presence of history in picturesque surroundings

The landscape around Gl. Rye, the river Gudenå, Lake Mossø and Salten Langsø is characterised by forest, heather, hills, lakes and meadows. Actually, the airfield has been referred to as the most beautiful in the world. This part of the Danish Lakelands offers some of the most unspoiled nature in Denmark.

When you visit the area looking for ruins from olden times, it is worth stopping by some of the exciting nature highlights of the area.

If you want to go for a swim, the are many bathing lakes in close proximity. You can also combine the excursion to Gl. Rye Flyveplads with a bike ride around Salten Langsø or Mossø. The hill Sukkertoppen is one of the best vista points in Denmark, and at the bottom of Sukkertoppen you can find Klostermølle, an old Benedictine monastery, with a watermill and a paper factory, which is now an ideal spot for a picnic.