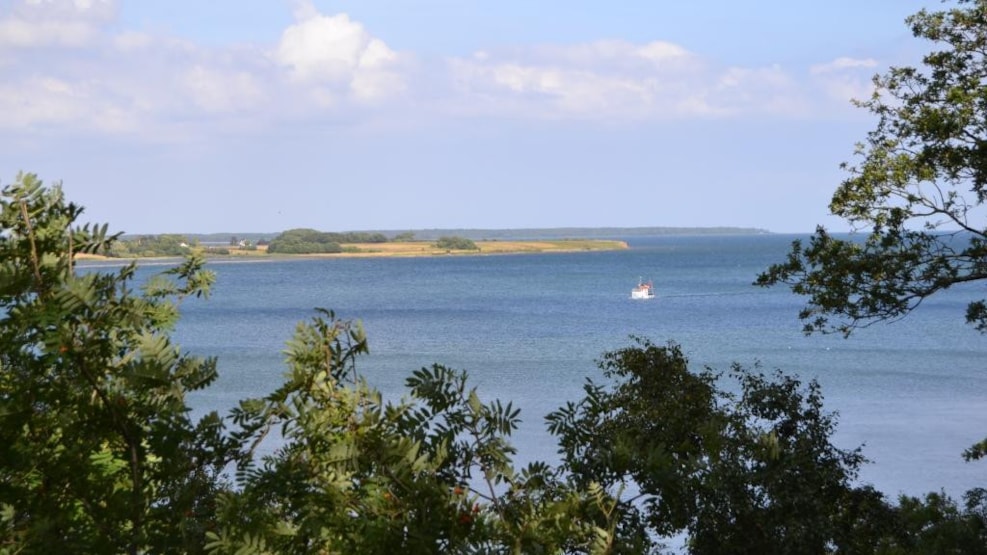 The entrenchments at Horsens Fjord

English and Swedish tourists are more than welcome in Snaptun and Horsens but it was not always like that. Along the coast of the little port, there were several entrenchments protecting Horsens Fjord from enemy ships during times of war. Remains of these are still visible in the landscape today.

The Swede rampart in Tønballe Forest is presumably built during the war with Sweden in 1658. The aim was to protect Horsens city at the entrance to the Fjord. It is said, that the pine trees which grow there today comes from seeds that the soldiers unknowingly brought in their equipment.

The two cannons, which have been deployed at the rampart, come from the line ship Christian VII, which during the winter of 1787 shipwrecked in a storm at Anholt. Gustav Glud from Tønballegaard bought the cannons in 1906.

Great battery at Hundshage is presumably constructed during the war with England from 1807 – 1814. The rampart was a five winged bastion with moats, ramparts, a solid house, barracks for the soldiers, a tower for gunpowder and a well. At Horsens Museum, you can see a copy of the rampart. Chief Justice Poul Glud from Jensgaard was hired to lead the defense. Great battery has been washed away by the waves during the last 50 years.

Small battery at Hesteodde north of Snaptun is meant to be the oldest rampart. King Frederik II decreed in 1566 that the tenant farmers in Bjerre Shire had to build a rampart at the entrance to Horsens Fjord. Small battery is today plowed over, but you can still sense the rampart.