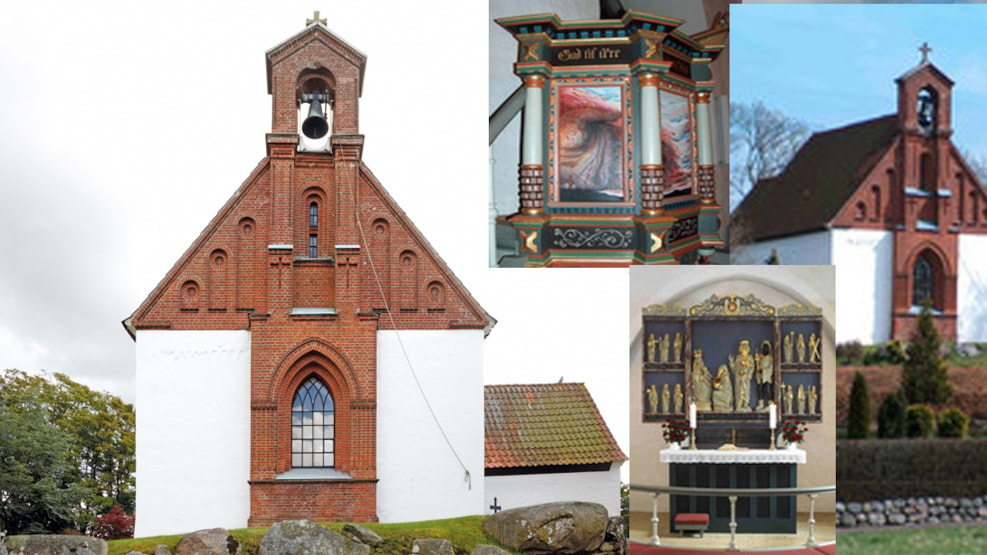 Since the 12th century, this little church in southern Horsens, has raised itself over the landscape. The church’s chancel and nave is constructed in boulders and limestone. The original wooden ceiling was replaced with a groined vault ceiling around 1475, and at the same time, the north door was filled in. The church porch was most likely built at the same time, using boulders and large medieval bricks as the main materials. The porch was, however, rebuilt during the 18 hundreds.

On the north side of the chancel, a filled in, original, Romanesque window can be seen; the Romanesque window on the east side has later been expanded. On Sundays and holidays, the church is only open for access in connection with services or other church functions. There is access to the cemetery.