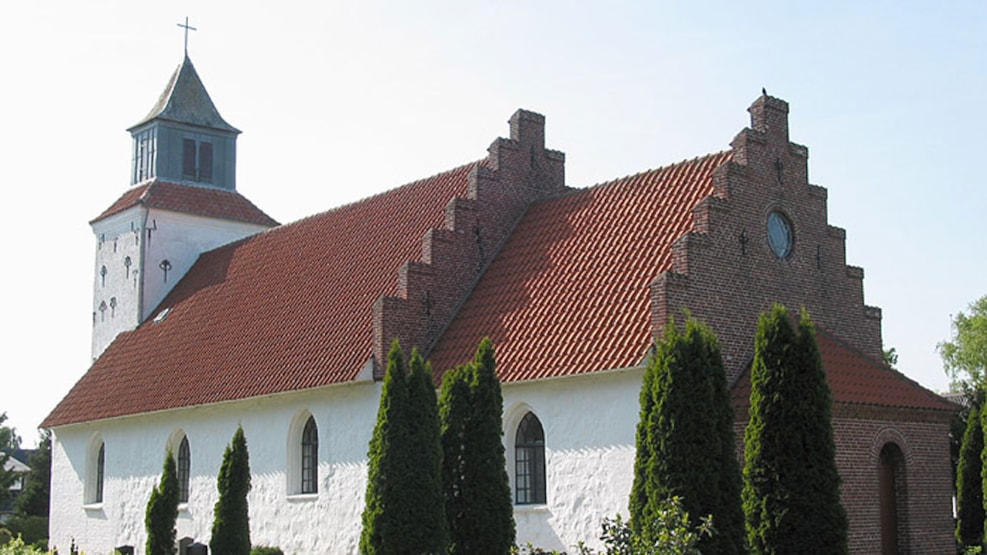 The chancel and nave of this church is from c. 1200. There is also a late medieval extension to the west, featuring a tower that was subsequently modified in 1806. A decorated granite ashlar is built into the base of the tower.

The porch is probably 16th century and the vestry in from 1878. The north door is still in use, while the south door has been bricked up.

The altarpiece is in Baroque style with many fine details and a representation of the Last Supper in the centre panel. Both the altarpiece and the crucifix hanging on the north wall of the nave are probably from the workshop of Peder Jensen Kolding.

The pulpit is from c. 1600 and is decorated with paintings of the apostles and passages from the scriptures.