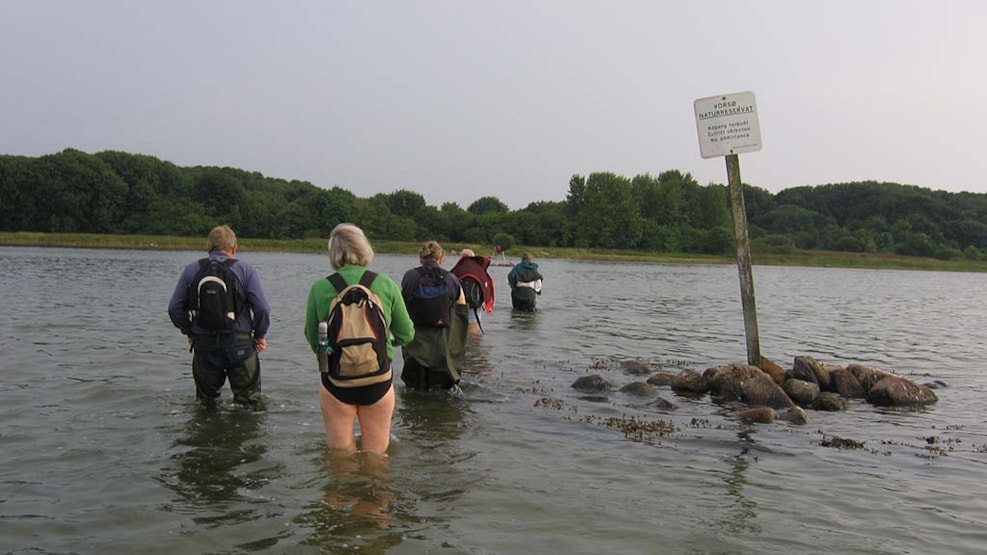 The island Vorsø is a reservation protected by the Danish Department of the Environment. Originally, the island was purchased by the zoologist Herluf Winge, who wanted to create a sanctuary for flora and fauna.

Vorsø is especially known for its large cormorant colony. In spite of a loss of numbers in the population the colony is still among the greatest in Denmark. Since 1979, the cormorant has been preserved. Over the past 20 years, the cormorants at Vorsø have been ringed, which has made it possible to collect data on the birds’ behaviour and life. The nature and animals live without human interaction, which entails a rich flora and wildlife. On the island you can find rare plants and animals, and the fauna is constantly changing. The development is monitored and registered, and can be used in future Danish forestry.

It is nature guide Jens Gregersen who oversees these registrations. He and his family live at Vorsø as the only ones. Vorsø is a preserved area, and is only open to the public – via guided tours - a few days a year. These guided tours are announced in the local media.  Due to great demand registration is necessary.

However, interested groups can gain access to the island by request to Jens Gregersen via +45 75 65 93 44 At Brigsted Strand, you can see Vorsø and its hiking trail, which is marked by stones.