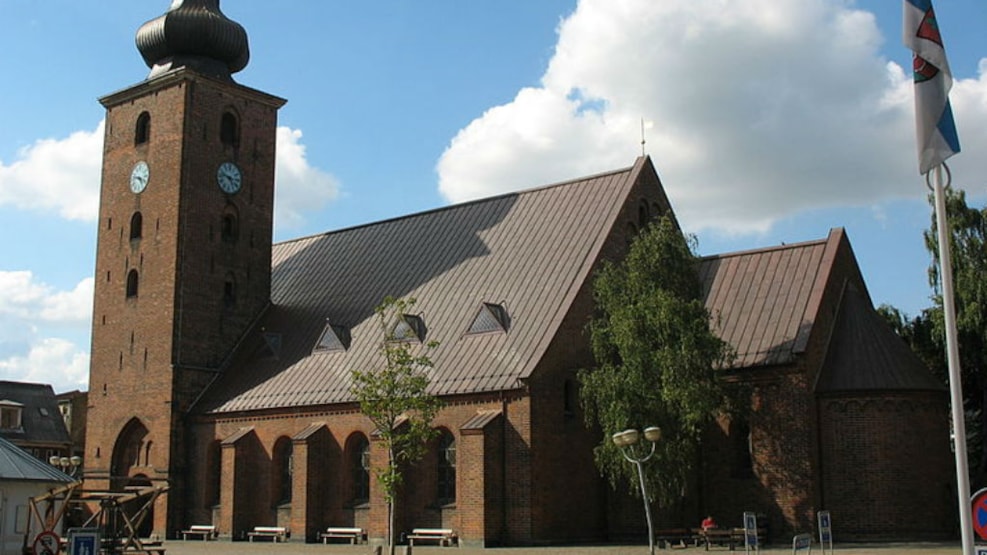 Vor Frelsers Kirke is the oldest building in Horsens. Many things are uncertain concerning the construction of the church, but it is probably constructed about 1225 in romanesque style with choir and nave, maybe on the same spot where a wooden church was placed earlier. About 1350 at the latest the aisles and the tower are added.

During the restoration 1935-36 the church was restored back to its original state at the end of the Middle Ages. The pulpit is the oldest and most valuable piece of furniture in the church. It was made in 1663-70 by the famous sculptor Peder Jensen Kolding. In 1977 a Frobenius-organ was made, designed as a living sculpture by Johs. Exner.

After a comprehensive restoration of the church in 2014-16, the church was exposed to a fire. Unfortunately, the historic pulpit was lost. The entire church, including the organ, will now be restored after the fire and will be reopened during 2020.