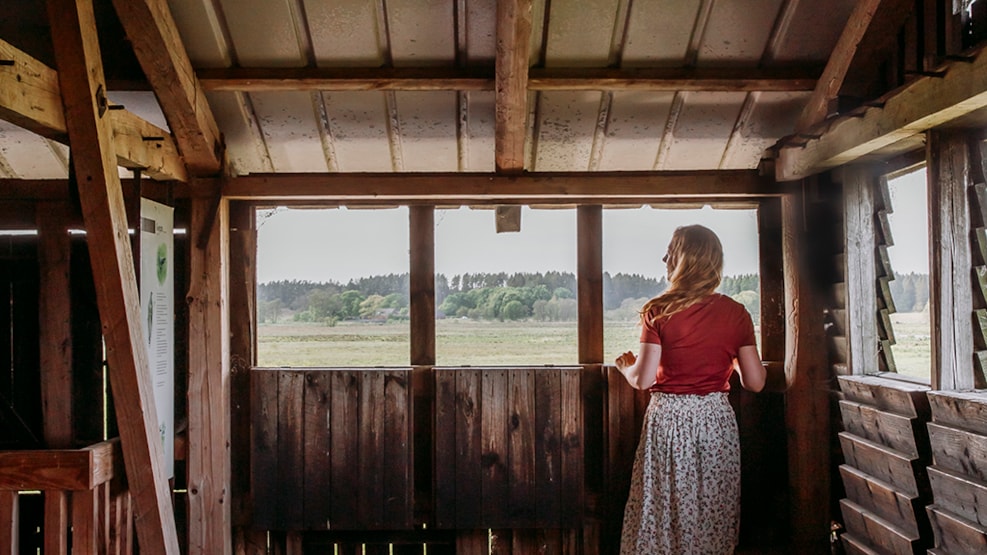 In the southern part of the Danish Lakelands, you will find Jutland’s biggest lake in picturesque and inviting surroundings that is perfect for nature experiences. Explore the 28-kilometre-long bicycle route around the lake through preserved and unique nature areas, rich in history and idyllic villages.

It is 9 kilometres wide – Mossø – the biggest lake in the Danish mainland. With its location in the beautiful nature area between Horsens and Silkeborg, it is an ideal option for a day trip on foot or by bike. The river Gudenå traverses Mossø just like the Silkeborg Lakes to the north and is also connected to Skanderborg Lake. Therefore, you will often see canoeists on the water.

Mossø and the area around it is preserved in order to protect the distinctive nature and the access to it. The varied nature with heath, meadow and hilly, glacial landform creates the perfect conditions for a rich animal life.

Where the monastery culture was blooming during the Middle Ages

Klostermølle is at the western lakefront and is a popular excursion and picnic spot. After the monastery closed, a paper factory was built here. Many of the old buildings still stand today. One of them is the longest wooden building in Denmark with a bird observation tower in one end and an amazing view of Mossø.

When talking about viewpoints at Lake Mossø it is impossible not to mention the Sugar Loaf. The steep hill near Klostermølle peaks at 108 metres above sea level, and from here you have one of the best views in Denmark of the lakelands and Mossø.

At Klostermølle there is a small sandy beach with a great view to the east. And on the eastern lakefront, several beaches have a great view to the west. Both north and south of the lake, the landscape slopes, resulting in a great view much of the way. You will often encounter benches and picnic spots where you can take a break and enjoy the view.

Follow the signs around the lake or the digital map

If you want to be on the safe side, you can follow the route on this digital map with your smartphone via gps (Google Maps). If there is still some energy left after the tour de Mossø, you can try one of the other routes in the area. For example the route around the neighbor lake, Salten Langsø.