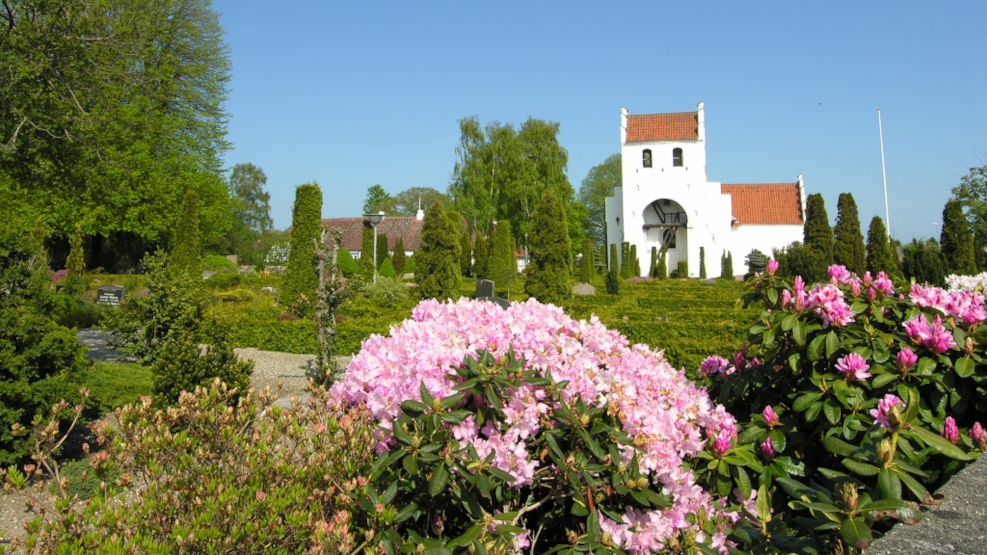 Gylling Kirke consists of a chancel and nave from the end of the 12th century, a late-medieval porch and a mid-16th century stilted tower.

The church contains several well-preserved grave stones, including two from the Romanesque period and a runic stone from the Viking period. The 15th century chancel crucifix is decorated with cloverleaf ends featuring symbols associated with the apostles. The Baroque altarpiece from 1638 has four figures of evangelist, a painting of the Crucifixion in the centre panel and the Resurrection in the top panel.

The pulpit from 1911 has panels depicting Peter, Paul and John.
The parish clerk's seat was set up in 1923. The entrance door is from an earlier pew.

Open in the daytime during normal workhours