The rabbit island of Endelave in the East Jutland Archipelago

In the Kattegat south of Horsens Fjord is Endelave, the 2020/21 Island of the Year. Here you can encounter wild rabbits, go on a seaweed safari and follow the beautiful hiking route “Kanino”. And much more! We guide you to the best experiences and places you just HAVE to see on the island.

On Endelave you get plenty of beautiful countryside. Here you will find an enormous wealth of plants, animals and natural forms, unique experiences and tidal flats in a mini format.

Here is also the troll forest, a “Skagen headland”, a seal colony, and not least, loads of wild rabbits that give the island its nickname the “Rabbit Island”.

Take the ferry from Snaptun on the south side of Horsens Fjord (about 17 km. from Horsens and 15 km. from Juelsminde). The ferry takes an hour, and along the way you can enjoy the view of Møllegrunden with the many seals and you might be lucky to spot porpoises and birds. 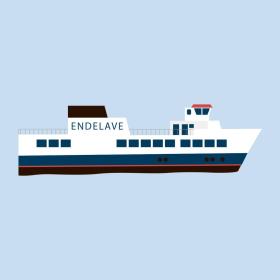 Find available departures between Snaptun and Endelave (approx. 1 hour) and book your ticket directly with the Endelave Ferry. 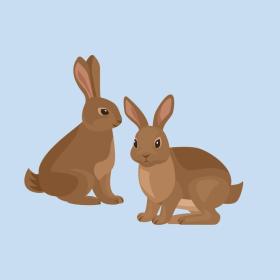 21 km. long tour de force around the island with a magnificent view over the Kattegat. 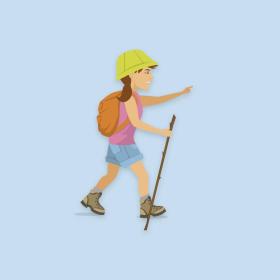 See what you just MUST not miss when you land on the rabbit island of Endelave. 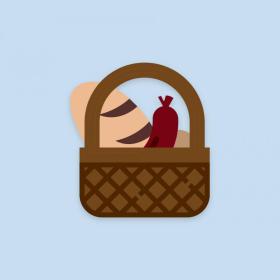 Eat and sleep well on Endelave

Sink your teeth into the island’s sustainable and tasty seaweed or enjoy a good meal from one of the island’s lovely places to eat. We guide you to pl...

Walk around the island on the “Kanino”

21 kilometres with beautiful countryside as far as the eye can see, peaceful tranquillity and small, cute rabbits.

Rabbits are not a rare sight on Endelave. They thrive in the countryside and protected areas of the beautiful island, and you typically encounter them early in the morning or at dusk.

Take the tour around the island on the popular “Kanino” hiking route, which stretches over 21 km. and takes you past many of the rabbits’ favourite habitats. Here you will experience the island’s unique atmosphere, lovely countryside and soulful tranquillity.

And if 21 kilometres is slightly too far, you can also choose one of the shorter routes between 3 and 12 kilometres, and which can all be seen on the digital map further down the page. All routes are clearly signposted.

The Mini-Kanino (12 km.): The tour takes you around the northern tip of the island and back towards the town. The trip can also be done by bike.

Yellow Rabbit Route (5.5 km.): This tour of the southwestern part of the island takes you past, among other things, the beach at Søndermølle, the Medicinal Herb Garden, the airfield, the church and the camp site.

Red Rabbit Route (3 km.): Short tour of Endelave town, which can also be done by bike.

It may well be that Spain has the Camino. But on Endelave, you will find Kanino! On the 21 km. long hiking trail you follow in the footsteps of the wild rabbits.

Seeing a small young wild rabbit bouncing merrily around is not an unusual sight on the island. Endelave is often referred to as the “Rabbit Island”. Since the late 1920s, the island has had a population of wild rabbits.

The rabbits are light brown. You can tell the difference between a hare and a rabbit, as the rabbit is smaller and has shorter ears. The hare also has black ear tips and much longer hind legs. The breeding season begins in February. During the 10 months of the year they breed, they can have between three to four litters with two to eight rabbits in each.

The population varies greatly from year to year from a few 100 and up to about 15,000 rabbits. If the population becomes too large, it often regulates itself through diseases.

Endelave is also a popular destination for hunters. You are allowed to shoot the rabbits from September 1 to February 1. Annually, approx. 5-6,000 rabbits are killed on the island.

On horseback or wheels

You can also hire a bicycle at Endelave Grill & Café at the harbour in Endelave.

In Endelave town, you will find many old half-timbered houses, especially near the village pond. Here there is, among other things, a convenience store and several cosy places to eat.

At the Medicinal Herb Garden, where organic herbs, medicinal plants and flowers are grown, you can enjoy a good lunch, as well as coffee, tea and delicious ice cream.

Did you know that the wild rabbit migrated to Denmark in 1920 from Germany? Today, the rabbits are found mainly in Southern Jutland and mainly only on the islands of Fanø, Als, Lolland, Bornholm and Endelave. 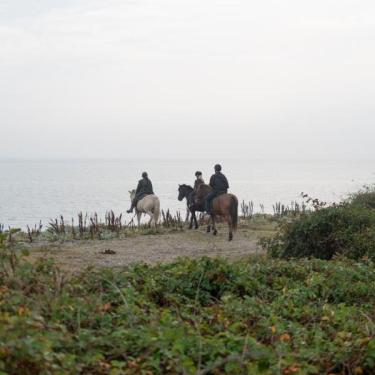 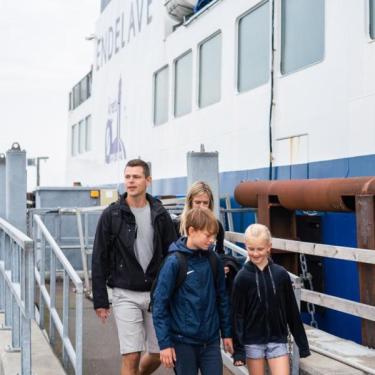 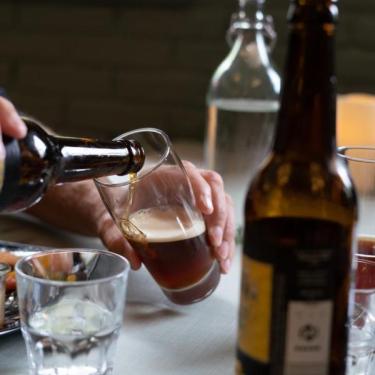 This campaign is supported by Danish Board of Business Development