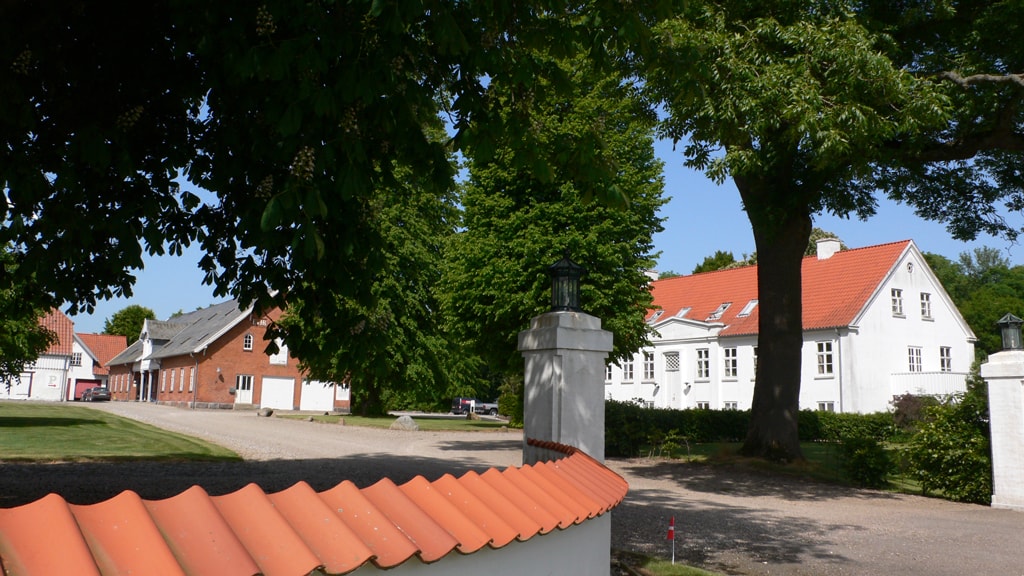 In 1657-1660 Denmark and Sweden were in a bloody war. After the war Denmark had to give up areas that are now southern Sweden. Private estates were given to the Sweden in exchange for the island of Bornholm. One of the landowners who had to give up his property was Joachim Gersdorff. As a replacement, he was given a lot of land in eastern Jutland. Gersdorff died in 1661 and his manors were divided between his heirs. One of the heirs (Margrethe Gersdorff who married the queens chamberlain Gregorius Rathlau in 1692) decided to use her share of the inheritance to build a manor of 113 acres of land and named it Gersdorffslund.

The main building (as well as the the other buildings) was half-timbered. The current main building was built in the middle of the 19th century above a very tall basement. Almost all the farm buildings have been replaced over time. The only building remaining from the 17th century, including a dairy that made the place famous

The manor was until 1921 a part of the entailed estate of Rathlousdal, and it was originally the seat of the family. The present main building, which has replaced an earlier, is from the 1840's.