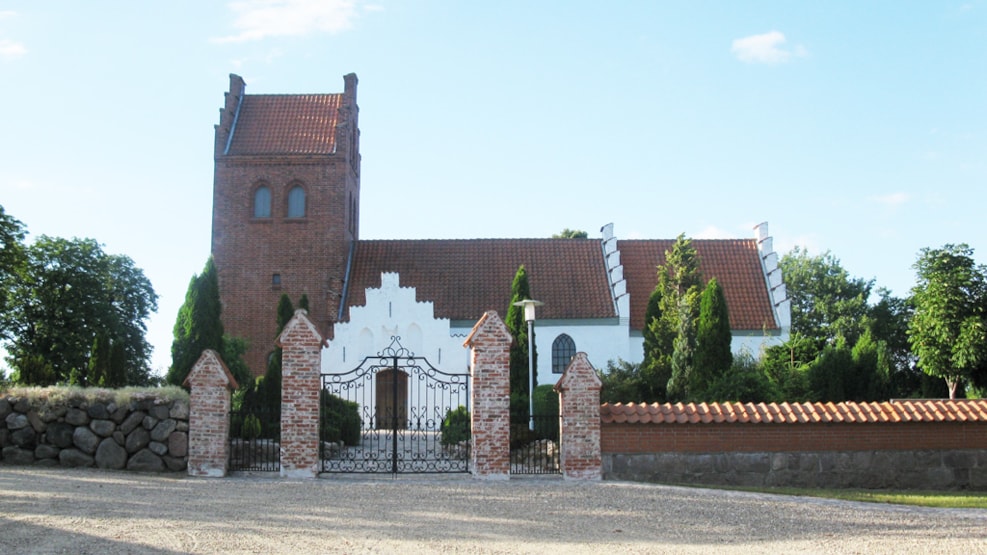 The Ørting crucifix belongs to the group of so-called "golden" altars and crucifixes (Odder, Lisbjerg og Åby). It dates from c. 1230 and is one of the oldest in the group. The crucifix is an excellent example of the French-inspired early Gothic Art in Denmark. This national treasure in now kept at the National Museum of Denmark, while a copy of the crucifix, made in 1994, is now on display as part of the altar decoration.

A previous 15th century altarpiece now hangs on the north wall of the nave. This altarpiece was originally a triptych but only the centre panel remains, adorned with representations of the three female saints: Ursula, Katharina and Barbara.
The current altarpiece was originally picked out in gold but it was painted in 1700 and an upper section featuring a phoenix with a halo was added. The side pieces were decorated with Baroque acanthus leaves.

The present paint scheme is from 1871.

The seven-sided pulpit and canop from about 1630 are superb examples of the late-Renaissance woodcarving with Baroque features; they were made in the workshop of Peder Jensen Kolding.

The font (c. 1250) is not as grand as some of the magnificent granite fonts in the area, but it is simply carved from a piece of Gothland limestone, on which traces of paint still remain.