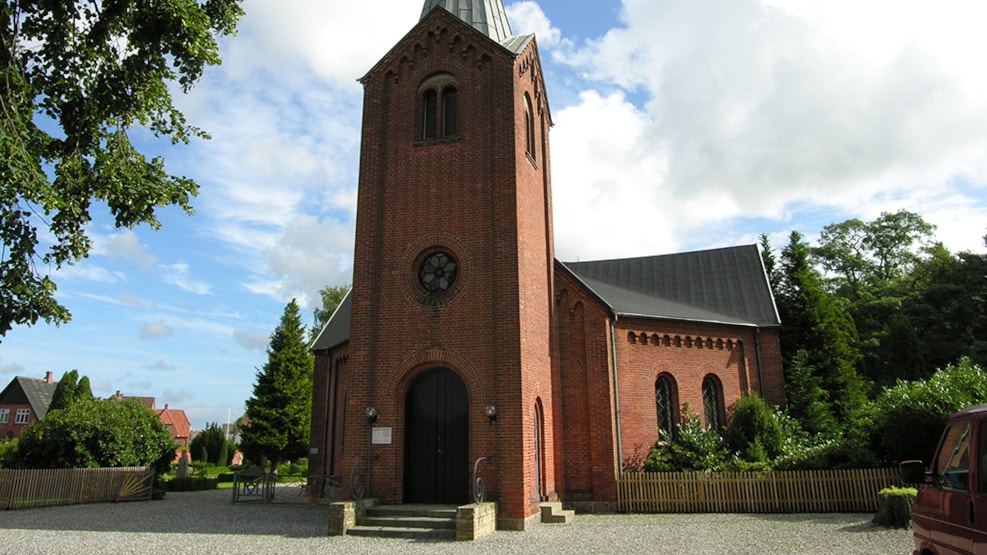 The ground plan of the church is octagonal, and the cross joins the floor at the exterior wall, whilst the traditional churchlayout is indicated by an apse to the east and a tower and main entrance to the west.

The church itself was built in 1886 and the church fittings are mainly from the same period.

The altarpiece, depicting Jesus as a 12-year-old in the temple, was painted by Troels Trier and set up in the church in 1917.

In 1916 Johannes Malling produced a picture in glass, inspired by the verse written by Grundvig; "Rosenkrans om kors at vinde" (Rosary round crucifix winding).

Keys are available from the rectory.