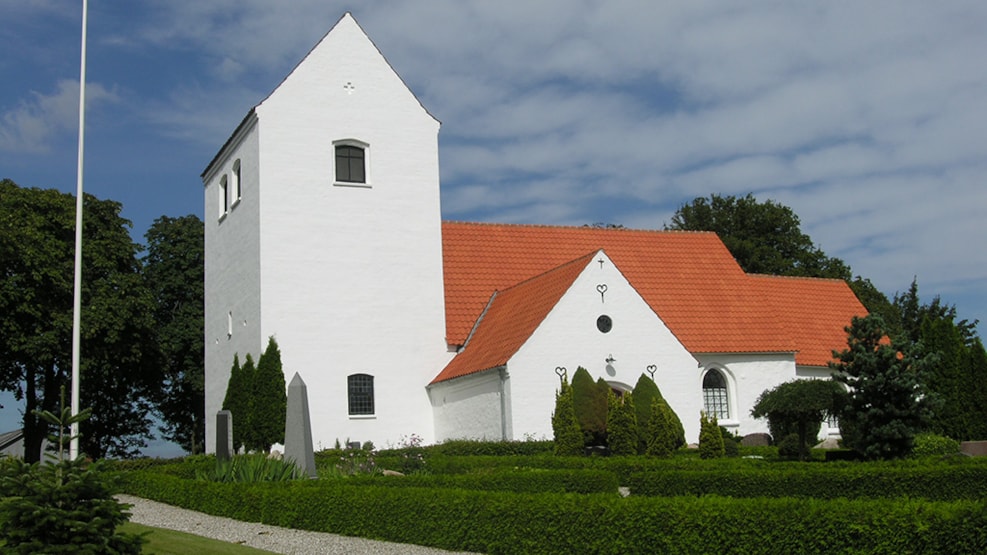 The tower of this church was built in 1952. The chancel and nave are from c. 1200, while the porch is late medieval. The vestry is first mentioned in 1716, on a occasion when damage had been caused by pressure from the chancel.

The altarpiece is from 1573 and is a so-called "catechism panel", which has recently been returned to the church after restoration. The altarpiece previously featured painted passages from the Scriptures, but these have now been replaced by paintings of the apostles.

The pulpit and canopy are from c. 1625-1640. There is also a Romanesque font with primitive figures, which are in contrast to the lion motifs familiar in this area.