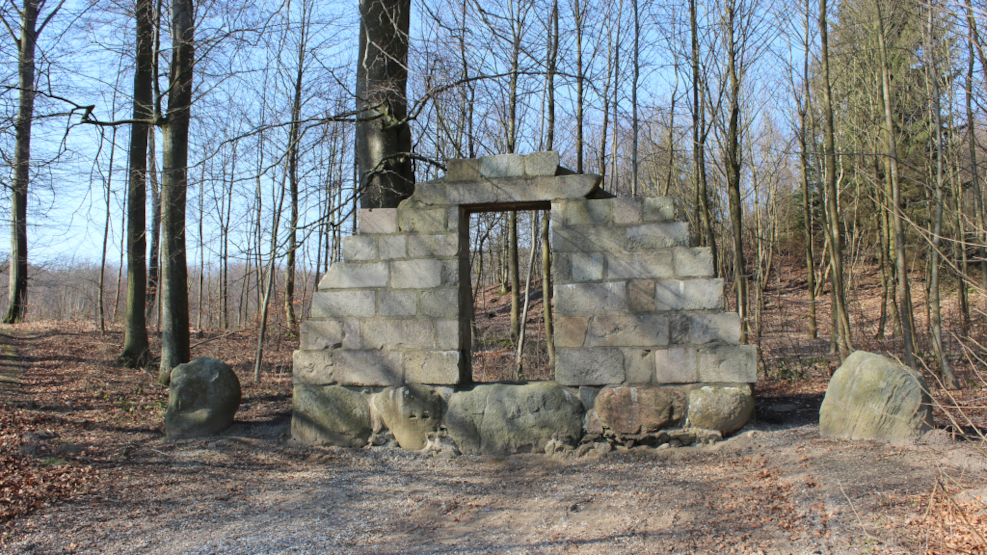 The gate at Åkjær is linked to the legendary character "Svend Felding" He was born at the Åkjær Manor, and it is for this reason that the bridge across the river at the village of Bilsbæk is known as "Svend Felding´s Bridge". In the vicinity of the bridge lies a gate made of rocks known by locals as Svend Felding´s Stable.

According to historical sources these remains are of the "Spegelshus" (the Leper House), and historians have interpreted this name to mean that it used to be leper hospital. The hospital may have been erected by the bishop, who owned the Åkjær Manor, and it was probably pulled down in 1543 on the orders of King Christian III.