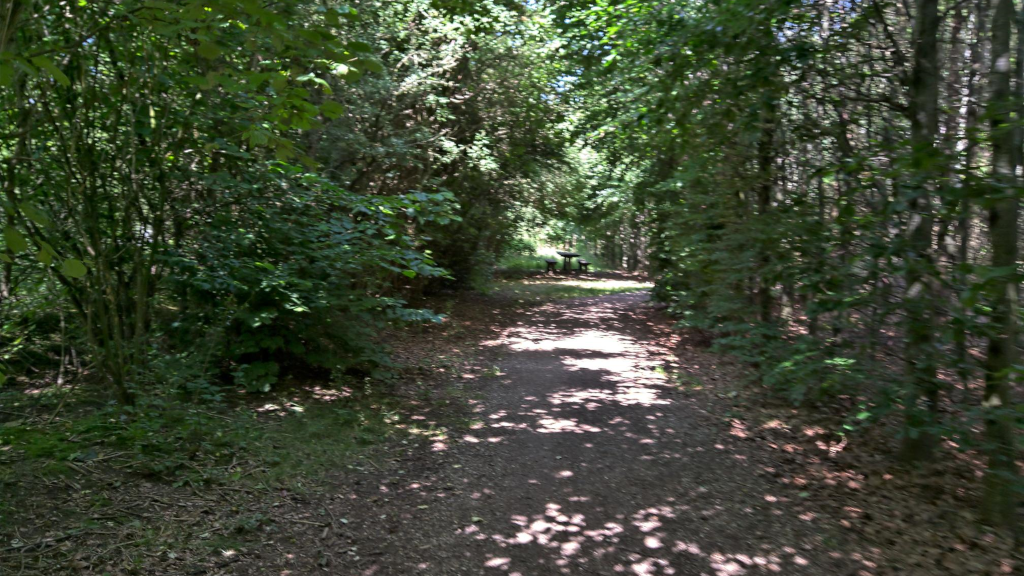 The children's forest is a narrow band of forest by Torsted in Horsens and the new quarter Østerhåb. There is a hiking path going all the way through the woods, and although it is not a wide forest, you still get a feeling of being immersed in nature and the tranquility of the forest.

The special name The children's forest was based on a good idea. Once a year between 2001 and 2005 the mayor of Horsens invited all parents of newborn babies to come and plant a tree for their toddler - and for the environment. Around 600-700 babies were born in Horsens each year at that time, so the area quickly became an actual forest and a popular natural resort for inhabitants in the southern part of Horsens.

The path through the children's forest is 1,4 kilometres long. It starts/ends at Thorsgårdsvej near Torsted Torv (Square) and goes to Østerhåbsvej. Near the end of the path at Østerhåbsvej there is a grassy hill with a large boulder on top of it. From here you have a great view of the new part of town, Østerhåb. If you cross Østerhåbsvej at the end of the path and turn right, there is a path continuing through forest on the other side of the road. This path leads to the new natural resort Torsted Engsø (Torsted Meadow Lake).